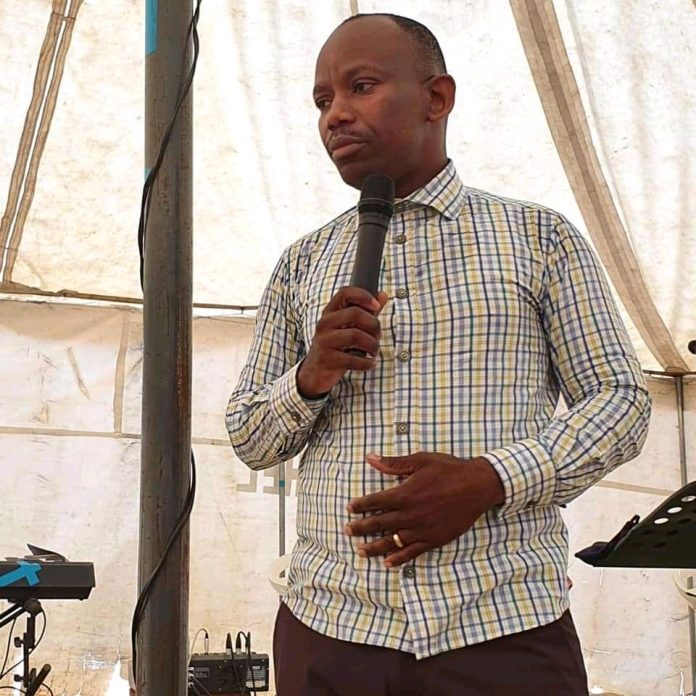 ~My journey as a pastor has come to an end.

~”It came to mind that in this nation they know I am a pastor, and for me to break free from all this, I would have to relocate to a place where they don’t know that. Where my family can have their life back and survive. I am going into a wilderness”

In a farewell live broadcast, Reverend Thuso Tiego revealed that, as servants of God, pastors encounter a plethora of problems which can make their lives difficult. Among those problems, the Pastor mentioned that he had been getting invitations to preach at different events including funerals and weddings. Unfortunately people don’t care how he gets to those places. He sometimes finds no parking prepared for him when he arrives where he has been invited, only to be directed by security guards to go and park far away.

Thuso Tiego also revealed that sometimes after he preaches at church or events, which people usually enjoy, he goes home to find that his children don’t have food to eat. He sometimes doesn’t even have money to buy “mopako” for his children, while his congregation members have a way to feed their own families.

“Pastors leave their families every Sunday to preach to their congregations, and after I preach I get to a home where there is no food to feed my family…”

In an emotional live broadcast watched by his legions of followers, Mr Tiego said he realized his calling as a pastor when he was in primary school, doing standard three(3) and since then his life has never been the same.

“I became a pastor when I was doing standard 3, when God called me. Ever since then my life has never been the same. I didn’t live like other children, until the age of 17 when UCCSA accepted my requests to become a pastor. Ever since then, I have not known any other name but Moruti, I had been called Thuso Tiego before that.

I was on radio preaching Jesus christ as lord until such a time when I was kicked out of my position because I maintained truthfulness and faithfulness to the one who called me, nothing else.

Mr Tiego said he is quiting the ministry and going to a place where people will not see him.

“It came to mind that in this nation they know I am a pastor, and for me to break free from all this, I would have to relocate to a different place where they don’t know that I am a Pastor, where my family can have their life back and survive. I am going into the wilderness to allow God to build me, to allow God to work on me. GOD said go to the wildness.” Pastor Tiego said emotionally.

“I have met many different people, they come whenever they need free counseling or when they want to me to officiate their wedding for free. After the wedding you’ll never see them again. I don’t charge people who want to see me one on one in an effort to be a good Pastor.”

He concluded by encouraging congregations to take care of men and women of God.

“Your men of God are crying, when they left everything they knew that it was the responsibility of the church to take care of them. To take care of their children and even to check if they have had anything to eat that day. We stand in front of people preaching and from there they go home to have a nice dinners while we are hungry. Our children are asking us what’s for dinner and we only wish we had a different life. The scriptures don’t tell us that prophets like Paul and Elijah had children or married wives, but sadly we are being likened to them. Every time, after being compared to them, reality hits. In that moment when our children look up at our faces and say, “Daddy ga re ye go reka mopako gompieno?”